As someone with the last name Scanlon, it’s not common that my name comes up in the media or   when meeting people in general.  So when it does show up in books, TV or movies, I’m always excited until I noticed an unsettling trend . . .

Case #1:  One Flew Over The Cuckoo’s Nest

In both the book and movie, Scanlon is a patient in a mental institution.  He is placed there involuntarily because he has fantasies about blowing things up.  He is still institutionalized at the end of the book/ movie.   Yes, reading this as a required text in high school went down exactly as was you would imagine for me.

Case #2:  Revenge of the Bridesmaids

In the 2010 made for TV movie Revenge of the Bridesmaids stars Raven-Symone as Abigail Scanlon.  Hurray!  At least, that is what I think until I see the following image 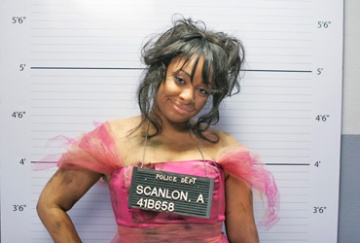 In the 1990’s version of the show, one shy student shows up at West Beverly Hills High School named Scott Scanlon.  I like the alliteration of his name.  I’m pumped.  He wears a cowboy hat and moseys on into our lives.   Then he accidentally shoots himself while playing with a gun.  David Silver witnesses this tragic accident and experiences PTSD.  Why? 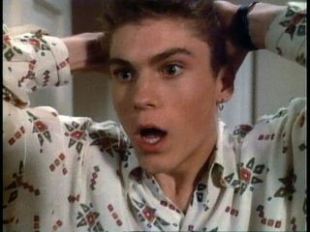 Hopefully the list stops here but knowing the Scanlons, probably not.